So, what is catnip anyway?

If you are a scientist, you might reference catnip as nepeta cataria. It is not recommended that you walk into your local pet’s mart asking for nepeta cataria though.

Catnip ( nepeta cataria ) is a perennial herb of the mint family. Nepetalactone is an essential oil (and the main ingredient in the plant that is attractive to cats). Catnip causes neurologic changes in cats and is considered a mild hallucinogen. Catnip’s effect on cats is best defined as a nonaddictive recreational drug for cats. That being said, some people believe chronic exposure to catnip may cause an apparent loss of mental faculty in their cat. Common sense dictates catnip should be used occasionally. The overall recommendation is to offer your cat a small amount of fresh catnip every 2 weeks or so. Catnip toys are safe, and most cats lose interest in the toy after a few minutes.

The reason why cats love catnip comes down to pheromones. If you are unfamiliar with what pheromones are, in a nutshell, they are chemicals that alter the behaviour of animals and insects. Catnip contains an oil that is called nepetalactone in which cats are highly stimulated by. This makes their little cat brains crazy, in a good way. 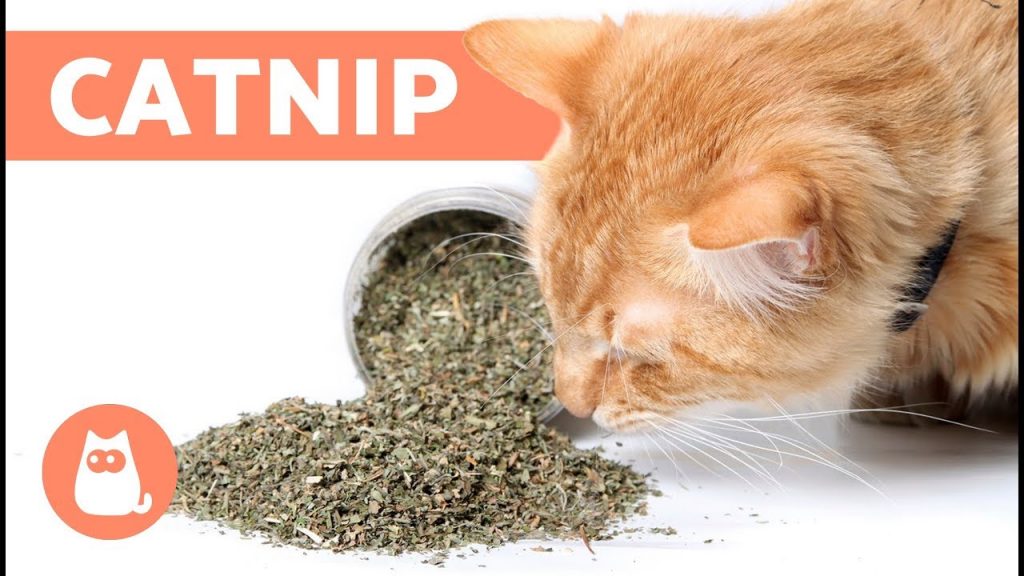 Can Cats Overdose on Catnip?

As often as you want to. Cats can’t overdose on catnip and once a cat has experienced a catnip high, it will not be responsive to additional catnip for several hours.

Be mindful of overindulgence though—cats are unlikely to overdose on catnip, but they can get sick if they eat too much.

In case you are wondering, your cat probably won’t overdose on catnip. However, some cats will get sick if they consume too much.

Not All Cats Respond to Catnip

In older cats, catnip sometimes ceases to have an effect or may even become actively repellent. Tempt your cats with the herb first to see how they respond, then add the catnip to the food if it meets with their approval.

The literature states that up to half of cats do not respond or react to catnip. This ability to smell or not smell catnip is hereditary. Kittens do not respond to catnip until they are at least 9 weeks old. Some cats need to be older before they get pleasure from catnip. In some cats, catnip is found to be a depressant rather than a stimulant. It’s possible that more cats respond to catnip than previously thought. Interestingly, one study found that cats who did not pick up on the catnip scent responded positively to silver vine (75% of cats) or Tatarian honeysuckle (33%).

Not all cats will respond to the active compound in catnip. Veterinary studies suggest that about 60% of cats will have a behavioural reaction to catnip.

What exactly is catnip?

Catnip is thought to give cats their own high. When a cat smells or ingests catnip, they experience a state of euphoria. The plant does not have the same effect on all cats though. 25% to 50% of cats do not experience anything from catnip. A lot of cats from Australia, for example, are not affected by catnip. Interesting catnip fact: catnip is not just for house cats! if you happen to have a pet lion or tiger, they also tend to love catnip.

Common sense dictates catnip should be used occasionally. The overall recommendation is to offer your cat a small amount of fresh catnip every 2 weeks or so. Catnip toys are safe, and most cats lose interest in the toy after a few minutes. If your cat seems obsessed with the toy, take it away after 10–15 minutes and give the cat a rest.

Maybe you are wondering if your cat has been out all night eating catnip. Well, there are a few things to look for in your cats after eating catnip.

How often can you give cats catnip? no more than once a day. It’s not bad for them but the effects can decline if you give it too often.

Catnip is the equivalent of valium for most cats, but some show no interest. It makes for a relaxing tea for us humans, and also has some antispasmodic effects.

Different forms of catnip have different effects on cats. The fresh herb is the most desirable, as it has the richest concentrations of nepetalactone (the active ingredient that makes cats feel good).

Is catnip safe for cats?

Research shows that catnip targets feline “happy receptors in the brain. Can cats overdose on catnip? in almost all cases, catnip is perfectly safe.

While catnip is safe for cats, there are plenty of plants that can cause problems, ranging from a minor stomachache to sudden kidney failure.

Is catnip safe for cats?. How early can you begin to administer catnip?. Can catnip be mixed with food?. We’ll answer these questions and more.

Can catnip be helpful?

It’s fine to add a small pinch of catnip to your cat’s food from time to time. This gives your pet a nice treat and can be very helpful for cats who are under the weather and off their food.

Catnip can also be helpful with behavioural issues. For instance, if your cat is scratching the furniture but not going near the scratching posts and mats you’ve set out, sprinkle a little catnip on them.

Cats can ingest catnip, and it may even be helpful for their digestive tract. The catnip plant has actually been used in people for its antidiarrheal properties.

So now you know just about everything there is to know about catnip. What about cat poop? get the scoop here.

The post Some Catnip Facts appeared first on Catnip Utopia.

The post Some Catnip Facts appeared first on GQ Central.

The post Some Catnip Facts appeared first on Club MoFo.

The post Some Catnip Facts appeared first on Liquid Gold.