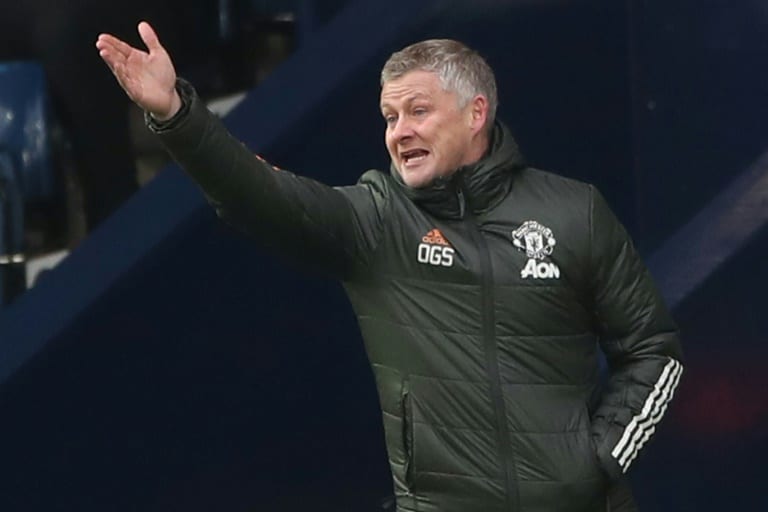 London (AFP) – Ole Gunnar Solskjaer said on Thursday Manchester United’s progress under his leadership should not be judged by how many trophies they win.

Solskjaer’s side face a defining week in their season as they bid to move a step closer to the first silverware of the Norwegian’s reign.

United travel to AC Milan on Thursday for a Europa League last-16 second-leg clash in a tie that is poised at 1-1 after the first meeting in Manchester.

After that tricky test, United head to Leicester for an FA Cup quarter-final on Sunday.

But regardless of the results in those matches, United boss Solskjaer is convinced he has overseen a significant rise in standards since replacing the sacked Jose Mourinho in 2018.

“When you see the culture and what’s happening every day, I feel a lot of improvement in the everyday routine and everyday work we do,” Solskjaer said.

“The boys have taken on board what we want and it’s for others to assess how much of an improvement.

“We’re 12 points ahead of what we were at the same time in the league last season. Of course we’re all aiming to win trophies.

“But, as we’ve said, sometimes a trophy can hide the other fact what’s happening at the club.”

Having lost at the semi-final stage of four successive cup competitions, the next few days are seen by fans and pundits as vital for Solskjaer’s job security.

He has led United to second place in the Premier League, but they are 14 points behind leaders Manchester City.

The Europa League provided United’s last silverware in 2017, when Mourinho added it to that season’s League Cup.

Before that, Mourinho’s predecessor Louis Van Gaal won the FA Cup during his reign.

But they are United’s only major silverware since Alex Ferguson retired in 2013.

However, while he is keen to win his first trophy as United boss, Solskjaer believes cup glory is less important than sustained league success.

“In the league position you see if there’s any progress, for me,” he said. “That’s always the bread and butter of the season that you see how capable you are of coping with ups and downs.

“Any cup competition can give you a trophy but sometimes it’s more of an ego thing from managers and clubs (that) ‘we’ve finally won something’.

“We need to see progress and if we progress well enough and perform well enough the trophies will end up at the club again. But it’s not like a trophy will say that ‘we’re back’. No.”