Sir Alex Ferguson documentary to debut on Paramount+ May 29th 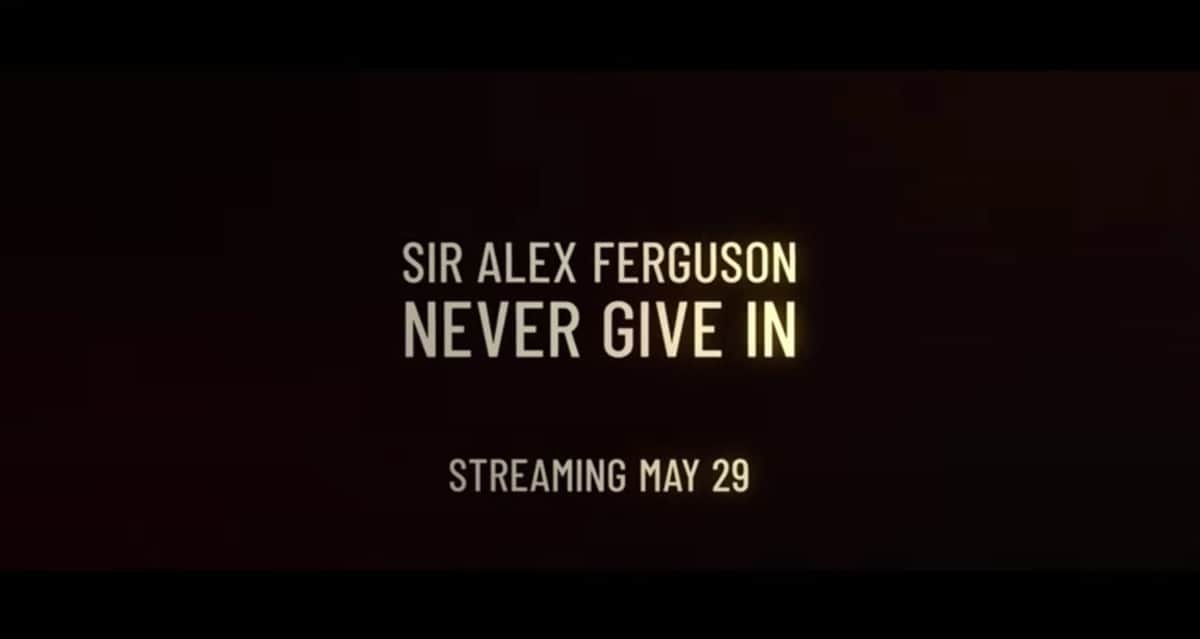 Whether you’re a Manchester United supporter or not, there’s no doubt that the story of Alex Ferguson is one of the greatest ever in world soccer, so it’s with plenty of enthusiastic expectation that the documentary Sir Alex Ferguson: Never Give In will be as good as promised. It’ll exclusively premiere in the U.S. on the Paramount+ streaming service on May 29. The film examines the most important moments in the life of soccer legend and iconic Manchester United manager Sir Alex Ferguson both in and out of the game.

Directed by Jason Ferguson, Sir Alex Ferguson’s son, the documentary intimately uncovers the most precious memories of Ferguson’s life and career, which he came so close to losing after suffering a brain hemorrhage in 2018. The film examines Ferguson’s rags to riches upbringing in Scotland, the difficult sacrifices he made raising his young family, the unwavering love and respect of his wife, the mentorship he gave his youngsters, and his soccer triumph and failure.

On-field moments highlighted in the film include his European Cup Winners’ Cup win as manager of Aberdeen in 1983, early difficult years at Manchester United, the first of his 13 Premier League titles in 1993, and the historic Champions League Final in 1999.

The film is a DNA Films and Passion Pictures production in association with Ventureland, and produced by BAFTA-winner Andrew Macdonald (Trainspotting), Oscar-winner John Battsek (One Day In September) and BAFTA-nominee Allon Reich (The Last King Of Scotland).

SEE MORE: Read our guide about how to watch soccer via Paramount+

The debut of Sir Alex Ferguson: Never Give In on Paramount+ in the U.S. coincides with the 2020-21 UEFA Champions League Final on May 29, streaming live in the U.S. on Paramount+ and airing on the CBS Television Network.

The Article Sir Alex Ferguson documentary to debut on Paramount+ May 29th First Appeared ON
: https://arsenalweb.co.uk

The Article Sir Alex Ferguson documentary to debut on Paramount+ May 29th First Appeared ON
: https://gqcentral.co.uk