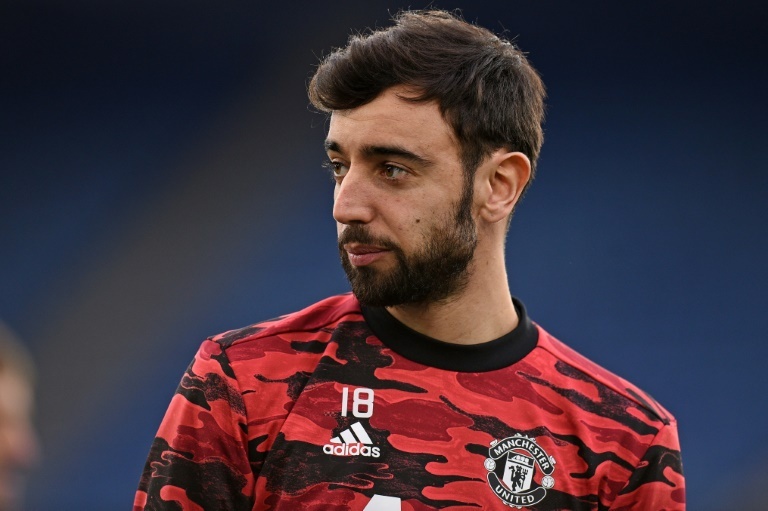 London (AFP) – Bruno Fernandes joined the heated debate on the European Super League as the Manchester United midfielder appeared to question the controversial plan on Monday.

United are one of 12 clubs to have agreed to join the breakaway league, which aims to replace the Champions League with a more lucrative invitation-only competition.

Criticism of the incendiary scheme has poured in from across football, with UEFA president Aleksander Ceferin revealing he wants to ban the “dirty dozen” and their players from its competitions and urging domestic leagues to follow suit.

Portugal star Fernandes became the first player from one of the Premier League sides involved to express an opinion when he shared an Instagram post from Wolves winger Daniel Podence.

Fernandes’s compatriot appeared to condemn the breakaway when he wrote of the Champions League: “The ball. The song. The dream. The Zidane’s volley. Kaka’s solo. Liverpool in Athens. Ole in Barcelona. Cris and Seedorf. There some things we just can’t really pay for.”

Fernandes replied: “Enorme (enormous)” and then shared the post to his own Instagram Story, including the text: “Dreams can’t be buy (bought).”

Amid talk that players could be banned from future World Cups and European Championships if they take part in the Super League, Fernandes was not the only top player to show signs of unhappiness about the plan.

Paris Saint-Germain midfielder Ander Herrera, whose club have not been named in the league so far, took to social media to call for action.

The former Manchester United midfielder wrote: “I fell in love with popular football, with the football of the fans, with the dream of seeing the team of my heart compete against the greatest.

“If this European super league advances, those dreams are over, the illusions of the fans of the teams that are not giants of being able to win on the field competing in the best competitions will end.

“I love football and I cannot remain silent about this. I believe in an improved Champions League but not in the rich stealing what the people created, which is nothing other than the most beautiful sport on the planet.”

“Kids grow up dreaming to win the World Cup and the Champions League – not any Super League,” he tweeted.

“The enjoyment of big games is that they only happen once or twice a year, not every week. Really hard to understand for all football fans out there.”