ETH Fees Surge to All Time High After the Crypto Passed the $1,000 Mark 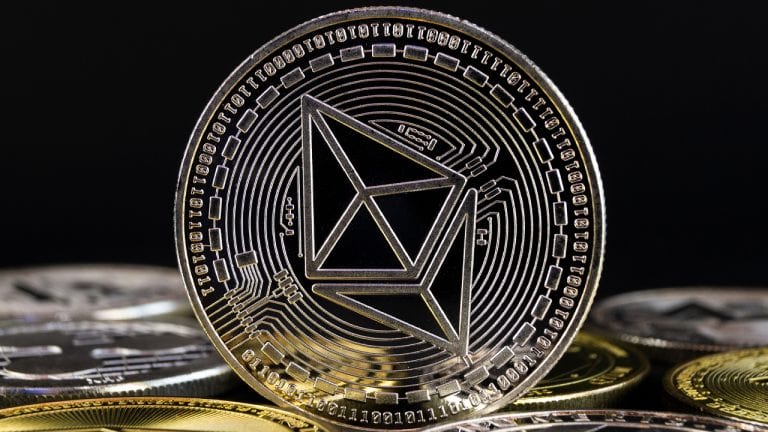 After the ether token surged past the $1,000 mark on January 3, the average transaction fee on the network similarly soared to a new all-time high (ATH) of $17.41, some 24 hours later. Although the average fee has since retreated, data on January 8 shows that the latest average fee at $9.79. This figure still well above the $3.56 seen on the first day of the new year.

Before the new ATH, the Ethereum network’s previous highest average fee of $12.54 was recorded on September 1, 2020. At that time, some crypto enthusiasts attributed this surge to the decentralized finance (defi) hype. However, as the defi mania began to dissipate, ETH transaction fees gradually dropped. 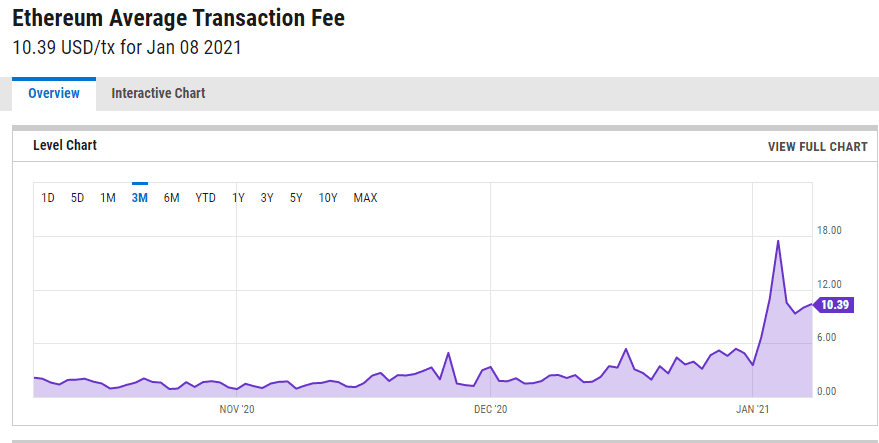 However, as recent data shows, the network’s transaction fees, which averaged less than $5 for much of Q4 of 2020, have now stayed above $9 for all but two days of January 2021. This return of high fees on the network comes more than a month after ETH’s migration to a proof of stake (POS) consensus mechanism.

Meanwhile, the latest data shows that at the current fee levels, it now costs the same or even less to transact on the BTC network than on the ETH network. To illustrate, in the period during which ETH fees surged to the new ATH, transaction fees on the BTC have remained within the same range. For instance, during the entire Q4 period, fees on the BTC network have only peaked at $13.41 on October 31.

For much of Q4 of 2020, the fees on the Bitcoin network have fluctuated between the October 31 high of $13.41 and $1.44 the lowest average in that period. Similarly, on the BCH network, whose crypto is up by more than 100% since October 1, fees remain less than $0.01 per transaction.

Meanwhile, Kamil Brejcha, Founder at Dexfin offers the possible reason why ETH fees have spiked and how ongoing updates will fix this. Brejcha explains:

“We face high ETH fees because the Ethereum network still relies on miners to be block producers. The current update is called the Beacon chain, which allows depositing Ethereum for staking nodes. These nodes run on their own blockchain, which is not yet part of the mainnet.”

The Dexfin founder also details the upgrading process which starts with the Beacon chain. In 2021, the next Shard chain will follow before the merging of the two in the year 2022 or later. After that, the “transaction speed should improve more, also cutting the gas fee.”

What do you think is causing the fees on the ETH network to go up? Tell us your thoughts in the comments section below.

The post ETH Fees Surge to All Time High After the Crypto Passed the $1,000 Mark appeared first on Crypto Scoop News.

The post ETH Fees Surge to All Time High After the Crypto Passed the $1,000 Mark appeared first on GQ Central.

The post ETH Fees Surge to All Time High After the Crypto Passed the $1,000 Mark appeared first on Club MoFo.

The post ETH Fees Surge to All Time High After the Crypto Passed the $1,000 Mark appeared first on TOP College Papers.

The post ETH Fees Surge to All Time High After the Crypto Passed the $1,000 Mark appeared first on Liquid Gold.