Dublin Euro 2020 games in doubt over lack of fan guarantees 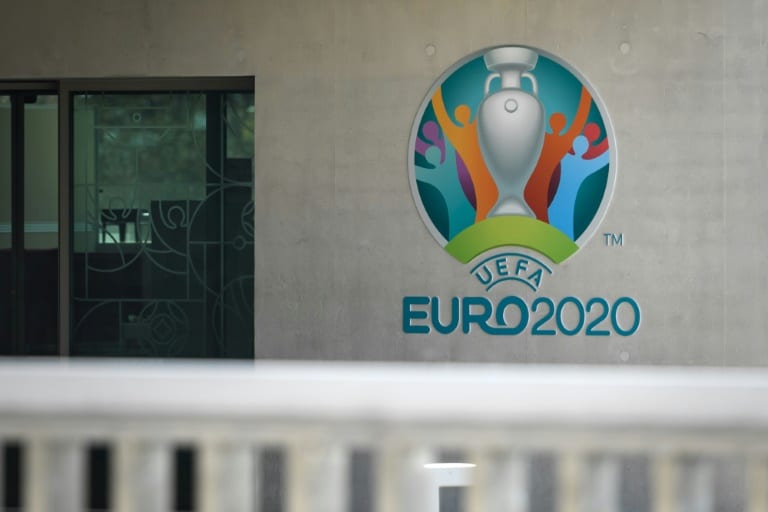 Dublin (AFP) – Euro 2020 matches in Dublin are in doubt after Irish football chiefs said they were unable to give UEFA assurances on minimum spectator levels.

The Irish capital was one of 12 cities that had until Wednesday to submit their plans to admit fans to European football’s governing body for the delayed tournament, which runs from June 11 to July 11.

UEFA president Aleksander Ceferin had warned that countries that failed to offer guarantees on supporter numbers could be dropped as hosts.

“We have several scenarios, but the one guarantee we can make is that the option of playing any Euro 2020 match in an empty stadium is off the table,” he said. “Every host must guarantee there will be fans at their games.”

Dublin’s Aviva Stadium is scheduled to host three group matches and a last-16 game but there are growing doubts over the issue of fan attendance.

“The Football Association of Ireland, on advice and guidance from the government, has today notified UEFA that owing to the Covid-19 pandemic it is not in a position at this point to provide assurances on minimum spectator levels at the UEFA Euro 2020 matches due to be held in Dublin in June,” the FAI said in a statement.

“In so doing, we have advised UEFA that the matter will be kept under review and that the Dublin LOS (local organising structure) team including government will continue to discuss all issues with UEFA on an ongoing basis.”

UEFA said later Wednesday that it was giving Dublin and other host cities a new deadline of April 28 to submit revised estimates of the number of spectators they expect to be able to admit.

The FAI said the organisers recognised the challenges of hosting the matches and that “public health issues” were the most important consideration.

Chief executive Jonathan Hill said: “We have made our submission to UEFA today and now await their response once submissions from all 12 host cities have been received and considered.”

Ireland has been in a third coronavirus lockdown since late December but will take its first tentative step towards lifting curbs on Monday.

The government has signalled the relaxing of restrictions will be staggered over a period of months after a hasty reopening in late 2020 contributed to a surge in cases.

British Prime Minister Boris Johnson said last month that the UK would be prepared to take more Euro 2020 matches in addition to those already scheduled to take place in Glasgow and London.

Wembley Stadium is due to stage both semi-finals and the final.

Coronavirus cases in Britain have dropped sharply after a successful vaccination drive and the intention is to allow fans back into stadiums for the latter stages of Euro 2020.

The Article Dublin Euro 2020 games in doubt over lack of fan guarantees First Appeared ON
: https://arsenalweb.co.uk

The Article Dublin Euro 2020 games in doubt over lack of fan guarantees First Appeared ON
: https://gqcentral.co.uk